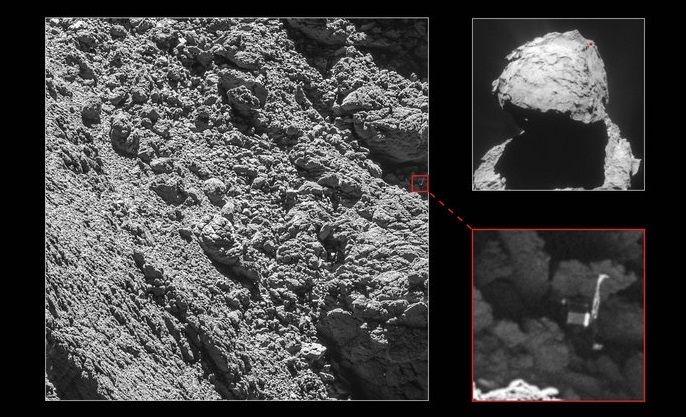 ESA scientists spot the Philae lander squeezed into a darkened ravine on Comet 67P/Churyov-Gersimenko. The lost comet was found thanks to an image taken on September 2 by the orbiter from a distance of just 2.7 kilometers from the comet. Scientists have spotted the outlines of a detailedółóin the construction of the lander.

-Just one month before the Rosetta mission ended, we were able to photograph the Philae lander, said Cecilia Tubiana of the OSIRIS team. – We are very happy – added.

November 12, 2014 Philae landed on comet 67P/Churyov-Gersimenko. The landing was not easy. According to ESA, the lander bounced off the comet’s surface twice before settling on it. Nor did the harpoons work properly, whichóThe participants were asked to fix the test instrument to the surface. As a result, Philae did not find itself in a place thatóscientists assumed a landing. You can read about the Philae landing here. 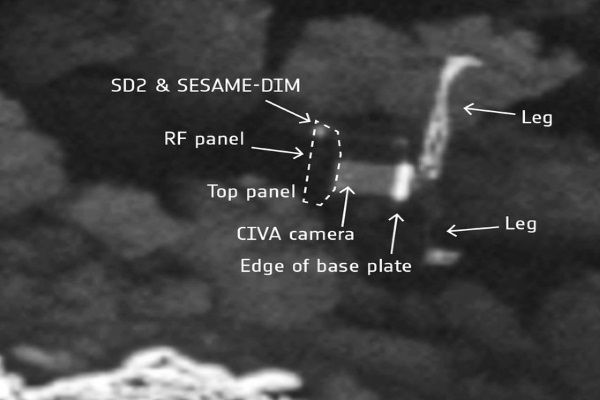 Philae was not seriously damaged despite a hard landing. Over three days, it carried out a series of tests until the batteries ran out. At the end of September, the orbiter will go on its last mission, któThe result is that Philae is not in a position to study the comet at close range.

The Rosetta mission was launched in 2004. It is part of ESA’s Horizon 2000 space programme since 1984. Its goal is to conduct research thatówhich will help to understand the mysteries of the Solar System.

The cost of the mission, including the construction of the probe, lander, research instruments, launch costs and operational costs was about 1.4 billion euros.